You are using an outdated browser. Please upgrade before viewing this site.
Share
Insight
April 30, 2021

Many tests that clinicians order “just to be safe” turn out to be anything but safe because of the treatment cascade they can trigger... 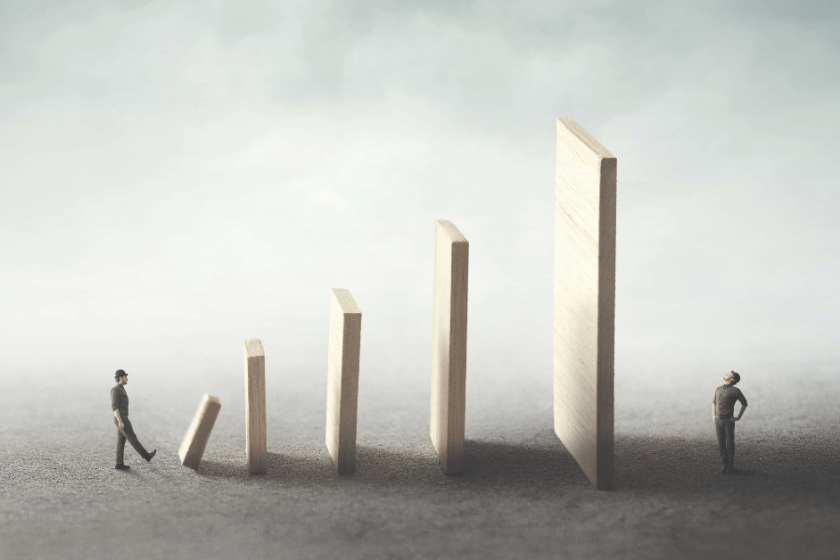 According to new data from the Lown Institute Hospitals Index, US hospitals performed more than 700,000 low-value diagnostic tests on Medicare patients from 2016 to 2018. These tests -- such as a head CT for fainting or an EEG for acute headache -- are so common in part because many clinicians and patients see them as harmless. It’s true that the harms of unnecessary testing are less obvious than the risks of low-value surgeries, but that does not mean there are no risks. In fact, many tests that clinicians order “just to be safe” turn out to be anything but safe because of the treatment cascade they can trigger.

What is a cascade event?

One of the biggest risks with ordering an unnecessary test is that false positives often lead to additional follow-up tests and procedures -- what researchers call “treatment cascades” or “cascade events.” These events can range from imaging tests to biopsies to invasive procedures, which can put patients at risk of unnecessary complications. Cascade events are extremely common; in a 2019 survey of physicians, 70% of physicians reported that care cascades led to new invasive tests several times each year, and more than half of physicians said that their patients were harmed by care cascades several times each year.

In a 2019 survey of physicians, 70% of physicians reported that care cascades led to new invasive tests several times each year."

Here’s how it happens: A patient goes to the emergency department after fainting. Even though they are at low-risk of bad outcomes, they are admitted to the hospital and given lab tests, imaging, and other diagnostic tests. These tests turn up an “incidental finding,” say a cyst on the thyroid or nonspecific white-matter changes in the brain. That means more testing and referrals to other physicians. While in the hospital, the patient is at risk of adverse events such as medication errors and complications from placing IVs or catheters.

At one Baltimore hospital, 72 patients over three years were admitted for low-risk syncope. Almost all of them were monitored and given a chest x-ray, CT scan, or lab test. For about one third of these patients, the tests turned up incidental findings of unclear significance and more than 60 percent were given or advised to get follow-up tests because of these findings. Thirteen percent of patients had an adverse event while in the hospital, which could have been avoided had they not been admitted.

Now imagine that this patient’s doctor treats the fainting episode using the normal standard of care. Instead of expensive imaging, further procedures, and risk of complications, the doctor explores common causes of fainting - maybe the addition of a new medication or a dose of blood pressure medication that is too high. The doctor discovers that the patient is taking several blood pressure medications where fainting is a common side effect. The doctor and patient agree to lower the doses and to a follow-up visit in a few weeks. In this case, no additional risks were undertaken and any unnecessary services were avoided.

Cascade events bring additional physical risk to the patients involved, but that is not where the harm stops. While it is difficult to study and quantify spending on cascade events, research has shown that these events lead to additional financial burden for patients, health systems, and insurers. Patients are also negatively psychologically affected by the stress and uncertainty of these events. Physicians are not immune from the ill-effects either. In one study, almost 70% reported wasted time and effort, 50% reported frustration, and 45% reported anxiety from cascade events, which all contribute negatively to physician satisfaction and increase risk of burnout.

The Lown Institute Hospitals Index shows that some hospitals are very good at avoiding overuse, while others have significant room for improvement. Of the twelve specific procedures and services calculated in the Lown Index, four of these are noninvasive imaging tests that have a high likelihood of leading to cascade events: carotid artery imaging for fainting, EEG for headaches, EEG for fainting, and head imaging for fainting. The table below shows the ten highest ranked hospitals in the Lown Index for avoiding low-value diagnostic testing among those with the capacity to perform all four services.

A Lown Institute cluster analysis, recently published in JAMA Open, identified groups of hospitals that overused diagnostic tests more than expected. They found that nonteaching hospitals were overrepresented. Teaching hospitals are generally better at avoiding overusing these services than their non-teaching hospital counterparts, and therefore better at limiting the potential for cascade events. One explanation for this difference could be stricter algorithms and more standardized clinical guidelines for using these services in major teaching hospitals, explained Dr. Timothy Anderson, an instructor at Harvard Medical School and general internist at Beth Israel Deaconess Medical Center, in an interview with the Lown Institute.

Preventing cascade events is crucial to protecting the physical and psychological wellbeing of our patients, as well as our healthcare providers. Improving the quality of care and patient outcomes while reducing costs are the tenets of the Triple Aim in healthcare to improve value. As a country, the United States has some of the highest per capita healthcare spending in the world, but we do not have the best health outcomes. All actors in the health system, including hospitals, should be invested in doing our part to increase the value of care and reducing the potential for cascade events is one great place to start.

Where are the “hot spots” of hospital overuse in the US?