You are using an outdated browser. Please upgrade before viewing this site.
Share
Insight
April 30, 2021

Where are the “hot spots” of hospital overuse in the US?

Is your state an overuse "hot spot"? A new analysis of overuse data at US hospitals from the Lown Institute Hospitals Index finds that some of the biggest differences in rates of low-value care among different hospitals are regional. 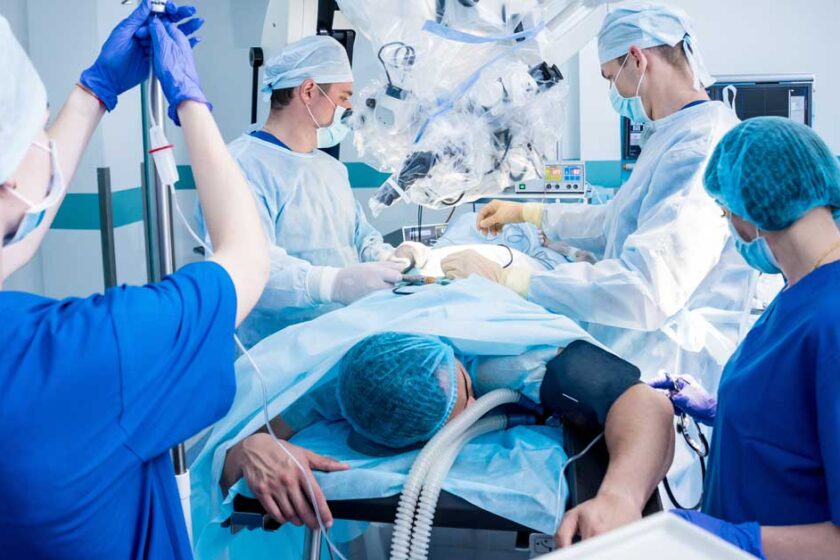 A new analysis of overuse data at US hospitals from the Lown Institute Hospitals Index finds that some of the biggest differences in rates of low-value care among different hospitals are regional.

Looking at specific low-value services shows how this regional variation affects patients. For example, a Medicare patient who fainted is about three times as likely to get a low-value diagnostic test at a hospital in Florida, Nevada, or Texas than a hospital in Vermont, Idaho, or Minnesota, on average.

And it’s not just diagnostic tests that are a problem: In Kansas hospitals,16% of Medicare patients with osteoporosis-related spinal fractures got an unnecessary vertebroplasty, a procedure involving the injection of bone cement into the spine. In Minnesota, fewer than 1% of patients with the same condition got this procedure.

We also found significant variation within states as well. We looked at hospital referral regions (HRRs), which define regional markets for complex hospital care, to find “hot spots” of hospital overuse within states. For example, the Boston HRR defines the region where patients would be referred to Boston hospitals for a major hospital procedure. Unsurprisingly, most of the hospital referral regions with the worst overuse scores are also in states with poor overall overuse scores -- such as Montgomery, AL, and Tampa, FL. But there are some exceptions. For example, Greenville and Raleigh, NC, Bakersfield, CA, and Munster, IN appear to be hot spots of overuse within states with average overuse scores. And areas like Charlottesville and Lynchburg, VA, Asheville, NC, and Rochester, NY, have hospitals with above-average overuse scores, despite their states having mediocre scores overall.

Where the maps overlap

Geographic variation in the provision of medical services is not new. The Dartmouth Atlas has been tracking geographic differences in Medicare spending per beneficiary, end-of-life care, surgeries, and other health care services for more than twenty years. Looking at their map of total Medicare reimbursements by HRR and by state shows a similar pattern as the Lown Institute’s data: More care is being provided in many southern and midwestern states, compared to states in the northeast and northwest.

Does more care necessarily mean more low-value care? The research is mixed on this. A systematic review did not find a strong connection between regional variation in Medicare spending and overuse of specific services. However other studies of geographic differences in low-value care found an association between Medicare spending and overuse, as well as a connection between overuse and the supply of medical resources regionally. The similarities between the Dartmouth Atlas and Lown Institute data add more evidence to the case that more care is an indicator of more overuse.

Other research on overuse shows overlap with the Lown Institute data as well. An analysis of low-value services in the Medicare fee-for-service population found high levels of overuse in southern states, as well as in Maryland, New Jersey, and southern California (which the Lown Index also found). However, this study also found high rates of overuse in Massachusetts and NYC, regions with many hospitals that according to the Lown Index scored better than average at avoiding overuse. It’s possible that in Massachusetts and New York, hospitals avoid overuse but other sites of care, such as outpatient offices like urgent care clinics, deliver more low-value services.

The Johns Hopkins Overuse Index (JHOI) is another tool that has been used to measure differences in overuse across the nation. Researchers using the JHOI have found significant geographic variation in overuse within the commercially insured population. Like the Lown Hospitals Index, the JHOI shows pockets of overuse in Florida, Louisiana, Georgia, Texas, and New Jersey. However, the JHOI also shows more overuse occurring on the West coast in Washington and California than the Lown Index, which could be a function of differences in the Medicare vs commercially insured populations, differences in overuse in the specific services the two studies measured, or differences between overuse in hospitals vs other settings.

The differences in rates of hospital overuse across regions are likely due to a number of factors, including the number and types of hospitals clustered in each region, physician training and cultural factors, and state policies.

The number of hospitals in a region may also play a role. Previous research shows that regions with more specialists and more hospital beds tend to have more overuse, a phenomenon called supply-sensitive care. One study found that having more hospital-based anesthesiologists, pathologists, and radiologists in particular is associated with more overuse. These market forces are also influenced by such tate policies as certificate of need (CON) laws, which can prevent hospitals from buying more equipment or expanding the size of the hospital. For example, CON laws in Vermont (the state with the best average scores for avoiding overuse) apply to most hospitals and regulate how they purchase new equipment, change bed capacity, and offer new expensive technology. By contrast, CON laws in Florida (which scored poorly on avoiding overuse overall) don’t apply to general hospitals and don’t regulate the purchase of new equipment or technology.

When it comes to regional variation, physician preferences and culture are also important. Trainees follow the lead of their instructors when it comes to ordering certain tests or medications, and all clinicians may also be influenced by hospital administrators who directly or indirectly reward them for doing more to patients, rather than delivering the right care.

Even a “hands-off” approach by hospital leadership could impact overuse. In the absence of clear clinical guidelines and hospital processes, physicians rely on their experience and judgement to decide whether to order certain tests or recommend treatments. These decisions are often colored by how physicians are trained, their tolerance for risk and uncertainty, and financial incentives. This can lead to wide variation in provision of low-value care, even among physicians working in the same hospital.

The differences we see among overuse “hot spots” could result from a combination of factors, including hospital markets, physician behavior and training, state policies, and hospital culture. Given the impact of overuse on waste and patient safety, geographic trends in hospital overuse warrant more scrutiny. We hope the Lown Hospitals Index avoiding overuse metric will continue to be a useful tool for research and quality improvement for hospitals, policymakers, and patients.